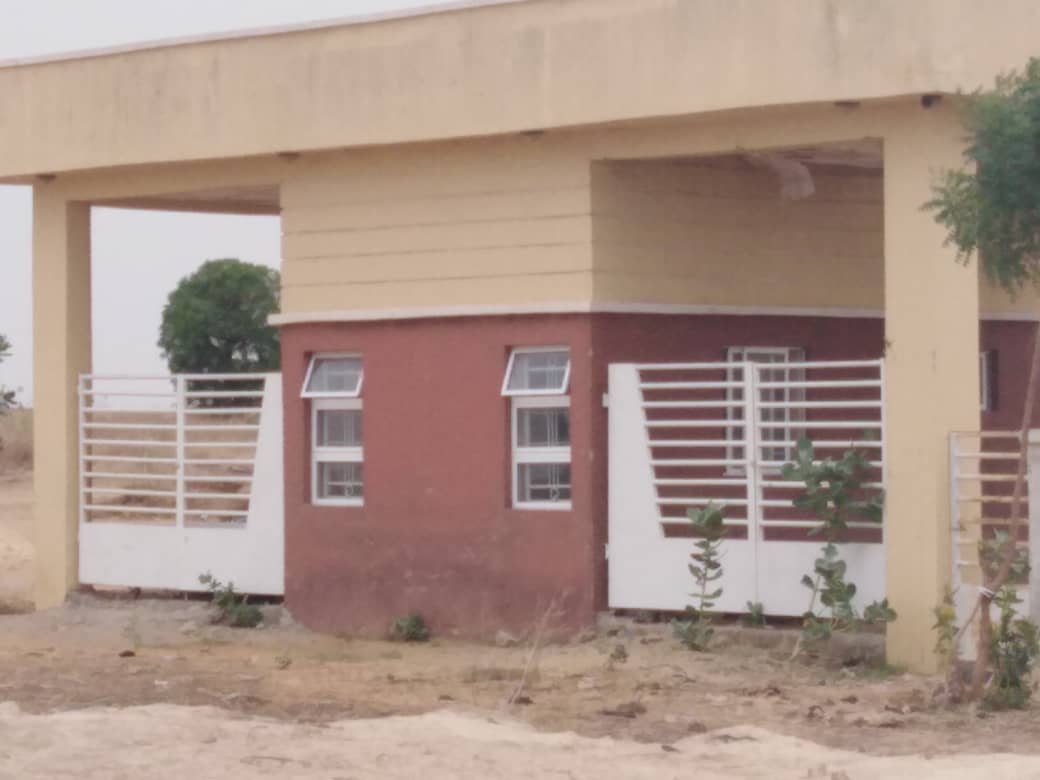 When Governor Mohammad Badaru flagged off the project for the construction of the 250-bed Hadejia Specialist Hospital at an elaborate ceremony on December 27, 2017, he gleefully announced that it would be completed in 18 months.

“This hospital will be built in 18 months and will be commissioned in 2019,” the governor said at the ceremony. But it is over four years since and the specialist hospital remains under construction.

The project was initially awarded to Philko Construction Company at N1.5 billion but the cost was later reviewed to N1.8 billion, according to the Director General of the state’s Due Process and Project Monitoring Bureau, Ado Husseini.

The hospital was designed to replace the decrepit Hadejia hospital, built in 1962 by the administration of the late Premier of the defunct Northern Region, Ahmadu Bello, as the major health service centre in the emirate.

At the 2017 flag off ceremony, Mr Badaru said: “The project is the first of its kind in the state. People from the neighbouring states of Yobe and Bauchi, and Niger Republic will benefit from the hospital when completed due to its proximity.”

An elated Emir of Hadejia, Abubakar Maje-Haruna, was profuse in thanking the governor for the project.

“A project of this kind has been agitated for for more than three decades,” the emir said as he thanked the governor for helping the residents of the emirate realise their dream of access to quality health care services.

PREMIUM TIMES recently inspected the hospital project and found that it is still dragging despite the governor’s pledge to commission it in 2019.

A review of the state’s budget showed that the government had awarded contracts not just for the construction of the Hadejia Special Hospital but also for two other hospitals in Birnin Kudu and Kazaure local government areas.

In the 2017 budget, it approved N1.2 billion for the three hospital projects but the actual funds released stood at N377 million. The amount was for the completion of General Hospital, Birnin Kudu, continuation of the Hadejia Specialist Hospital and commencement of Kazaure Specialist Hospital.

In the 2018 budget, the government approved N600 million for the hospital projects but ended up releasing N 746 million . This means the government spent N146 million above the budget estimate. It is not clear whether the governor obtained approval from the APC-controlled state House of Assembly for the extra expenditure.

In the 2019 budget, the government earmarked over N1.5 billion for the three hospital projects but N1.4 billion was released.

In the 2020 budget, over N1.6 billion was earmarked for the three hospital projects but only N795 million was released.

Of the amount released in 2020, N574 million was expended on the Hadejia Specialist Hospital, according to the budget document.

In the 2021 budget, over N3.3 billion was approved for the three hospital projects. The amount covers work on the second phases of the health facilities.

“It is difficult to access budget breakdown in Jigawa State to enable citizens track a project in their localities and hold the government accountable,” Ahmad Rufa’i, a journalist, lamented.

“Even during the military era, the commissioner of finance normally organised an interactive session with reporters to give a breakdown of the budget. However, for over six years now, the practice has been halted and obviously this is promoting the culture of corruption,” the Jigawa-based veteran journalist said.

“Government expenditure should be open to all citizens. By doing so you are building trust in the minds of the governed that their resources are being judiciously used,” he added.

The chairperson of the Hadejia Emirate Development Association (HEDA), Abdullahi Kafinta, said the association had written many petitions to Governor Badaru and other stakeholders on the contractor’s alleged nonchalant attitude to its work on the hospital project, but to no avail.

“The completion of the project is long overdue. We hold government responsible for the delay because the time frame has elapsed but the governor has not responded to our petitions asking why the project has been abandoned.

“The project has been abandoned and we are more disturbed that the governor’s second term in office is winding up. This is our major concern – that he can leave without completing the hospital,” Mr Kafinta told PREMIUM TIMES.

“We have written three different petitions to the state government to ask why the project has been abandoned, yet there was no response from the government. This made many to lose hope on the project.

“With no good hospital in Hadejia, residents of the emirate travel to neighbouring states of Kano and Yobe for health care services,” the community leader said.

“The only health facility in Hadejia was built in 1962 by the former premier of Northern Region, Ahmadu Bello, and that no longer meets the needs of the increasing population,” he added

“The specialist hospital is critical to the residents but we are not impressed with the progress of work on the project. We monitored similar projects in the state that they have started using. Why is our own different?” Mr Kafinta, queried.

“In the 2015 and 2019 elections, Hadejia Emirate gave the governor more votes than any other emirate. We supported him but the gesture is not reciprocated, we do not receive adequate attention from the government we made,” Mr Kafinta said.

Contractors responsible for delay – Due Process

The Director-General of the state’s Due Process and Project Monitoring Bureau, Mr Husseini, dismissed speculations that the project was awarded to an unqualified firm.

Mr Husseini said the state government approves contracts based on what is in the budget and that due process is always followed, including on the Hadejia Specialist Hospital project.

However, Mr Husseini acknowledged that the projected date for the commissioning of the Hadejia Specialist Hospital is past but said “the due process office is holding the contractor responsible for the delay.”

“It is our wish that this project was long commissioned. However, things kept coming up along the way. Initially, there was a revision of the drawing and contract sums. Also, a variation on the side of the soil because of the clay nature of the soil in Hadejia.

“After the initial N1.5 billion total approved sum, there was a variation and the contract was revised and increased to N1.8 billion for the completion of phase one but we believe that the project ought to have been completed by now.”

Mr Husseini said the supervising ministry of health wrote to the contractor, expressing worry over the delay. “He (the contractor) replied, requesting additional five months. However, he failed to summit a work plan for the additional time as requested by the ministry.

Why we can’t revoke contract

Mr Husseini ruled out revoking the contract because it will further delay it and will be of no benefit to the two parties involved in the contract.

“Revoking a contract takes years before you resolve it and it delays project commissioning on the side of the government while on the contractor’s side, their image is at stake. That is why contracting parties need to exercise restraint and do the needful,” Mr Husseini said.

The official said the government was not owing the contractor.

“The government is not owing any contractor. No payment is delayed for one month in Jigawa. This contractor has no outstanding payment left on that Hadejia Hospital project,” Mr Husseini said indicating that the contractor had been fully paid for the uncompleted project.

Government is committed to the project – Spokesperson

The state Commissioner for Information, Bala Ibrahim, told PREMIUM TIMES that the government is committed to the completion of the Hadejia Specialist Hospital and urged residents of the emirate to be patient.

Mr Ibrahim said the hospital is one of the tertiary health Institutions on which the governor is laying emphasis.

The spokesperson said the hospitals in Hadejia and Kazaure were meant to compliment the services of the federal government specialist hospital in Dutse, the state capital, when completed.

“We are assuring the residents of Hadejia emirate to exercise patience. The government is committed to ensuring the completion of the hospital project,” Mr Ibrahim said.

The site engineer of the hospital project, Habibu Aliyu, who spoke to PREMIUM TIMES on behalf of the company, said the delay in completing the project was due to contract variation, delay in payment and the coronavirus pandemic.

“After the company requested the review of the project due to the clay nature of the soil which demand more works, it took the government eight months to respond to our request, which further delayed the project,” Mr Aliyu said.

“The supervising state’s Ministry of Health is not feeding the governor with accurate information with regards to the variation in the contract project and payment request takes three to four months delay.

“The company is determined to complete the project, depending on availability of resources,” Mr Aliyu said.

Good journalism costs a lot of money. Yet only good journalism can ensure the possibility of a good society, an accountable democracy, and a transparent government.

For continued free access to the best investigative journalism in the country we ask you to consider making a modest support to this noble endeavour.

By contributing to PREMIUM TIMES, you are helping to sustain a journalism of relevance and ensuring it remains free and available to all.

Learn today to be leaders tomorrow