The Gardens at York Gate: Courageous, innovative, and slathered in truly exquisite plants 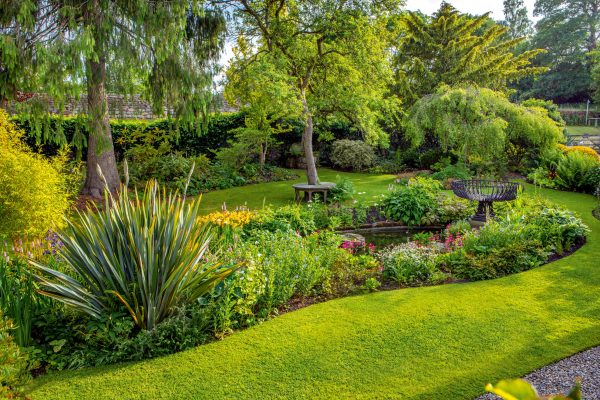 It takes years, sometimes decades, to make a great garden and only months for entropy to set in. At York Gate, Leeds, however, the future is assured, says James Alexander-Sinclair.

In the 1950s, Fred and Sybil Spencer bought a stern stone farmhouse surrounded by a field and an orchard a few miles from Leeds. Over the next 40 years, they and their only son, Robin, transformed that scrap of land into York Gate. Fred died in 1963 and Robin stepped in to take prime responsibility for the garden. Sybil was a talented plantswoman, but it was Robin’s eye for detail that took the garden into the premier division.

The original garden was little more than an acre, but into that acre they packed a whole series of treasures — it is like a magician’s hat from which yet another surprise is plucked as you turn every corner. At the entrance gate, you are greeted by a shaggy specimen of weeping Wellingtonia (Sequoiadendron giganteum ‘Pendula’), which looks like a benign orangutan. Not exactly what one expects in a farmhouse garden, but there is nothing here that is commonplace or mundane.

From the gate, you are subtly directed via a path of Yorkstone setts (all the hard landscaping here is immaculately detailed — a stone fetishist would be kept happy for many hours) into the original orchard where, sadly, only one magnificent apple tree remains.

Then it is a constant parade of dells, alleés, a vegetable garden, herbs, pathways, ponds, sculptures and, of course, plenty of extraordinary plants. The layout is instinctive and makes the site seem much larger than it is, but the more you explore, the more you find. This is a garden carrying a little pinch of Japanese influence, a barrowload of eccentricity and a generous sprinkling of no-nonsense Yorkshire cleverness. 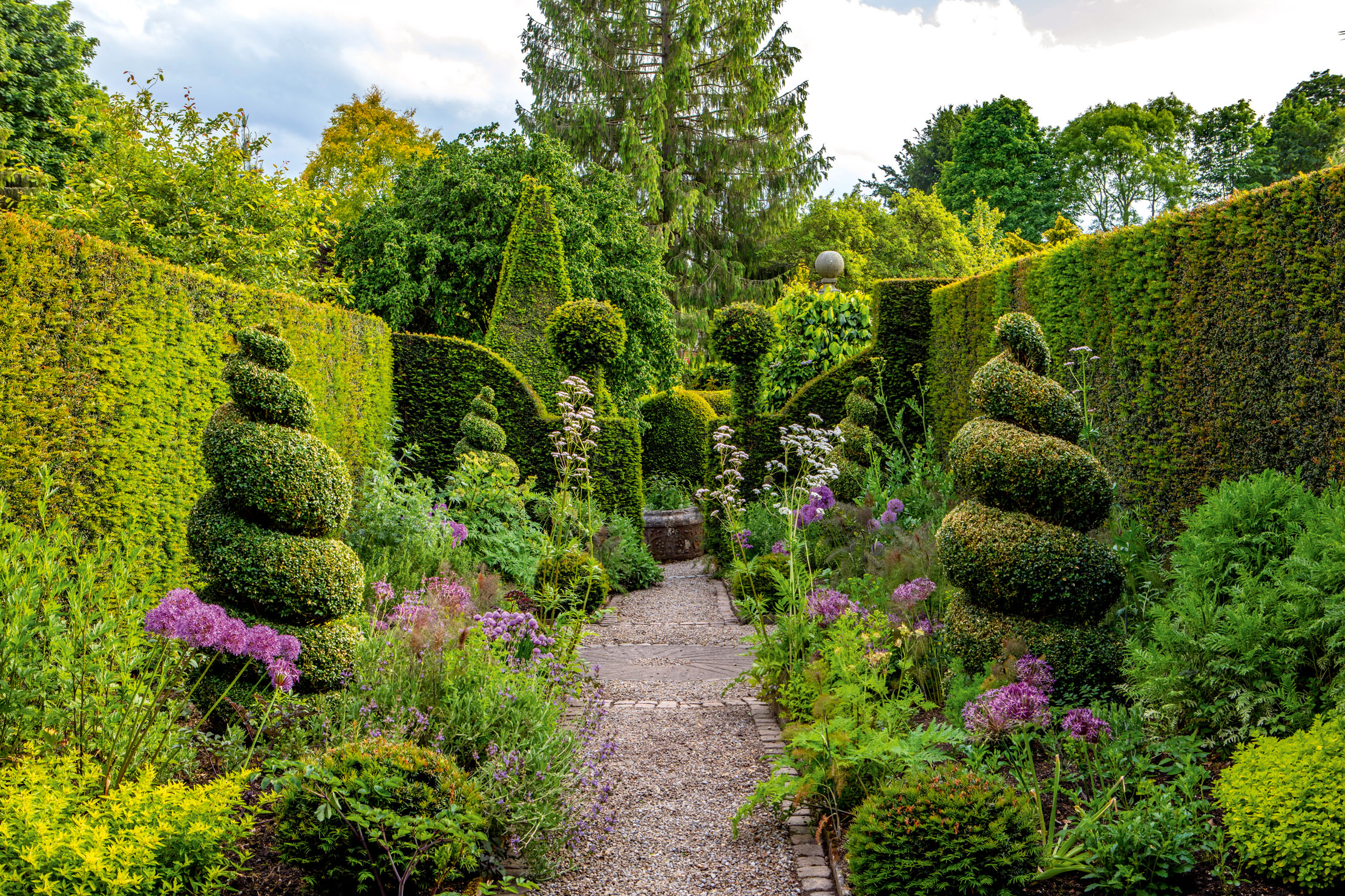 Sadly, Robin died at the early age of 47 in 1982 and Sybil decided to leave the garden to the horticultural charity Perennial when she followed him in 1994. For those unfamiliar with Perennial, it has a long history, having begun as the Gardeners Royal Benevolent Institution in 1839 with the purpose of helping gardeners and their families in times of crisis — whether due to bereavement, illness or financial distress.

This is still its purpose and it has, unsurprisingly, been particularly active over the past year. The charity now has three gardens — the most recent being The Laskett in Herefordshire, left to it by Sir Roy Strong (‘Scenes and splendour’, August 19, 2020) — of which York Gate is the most established. 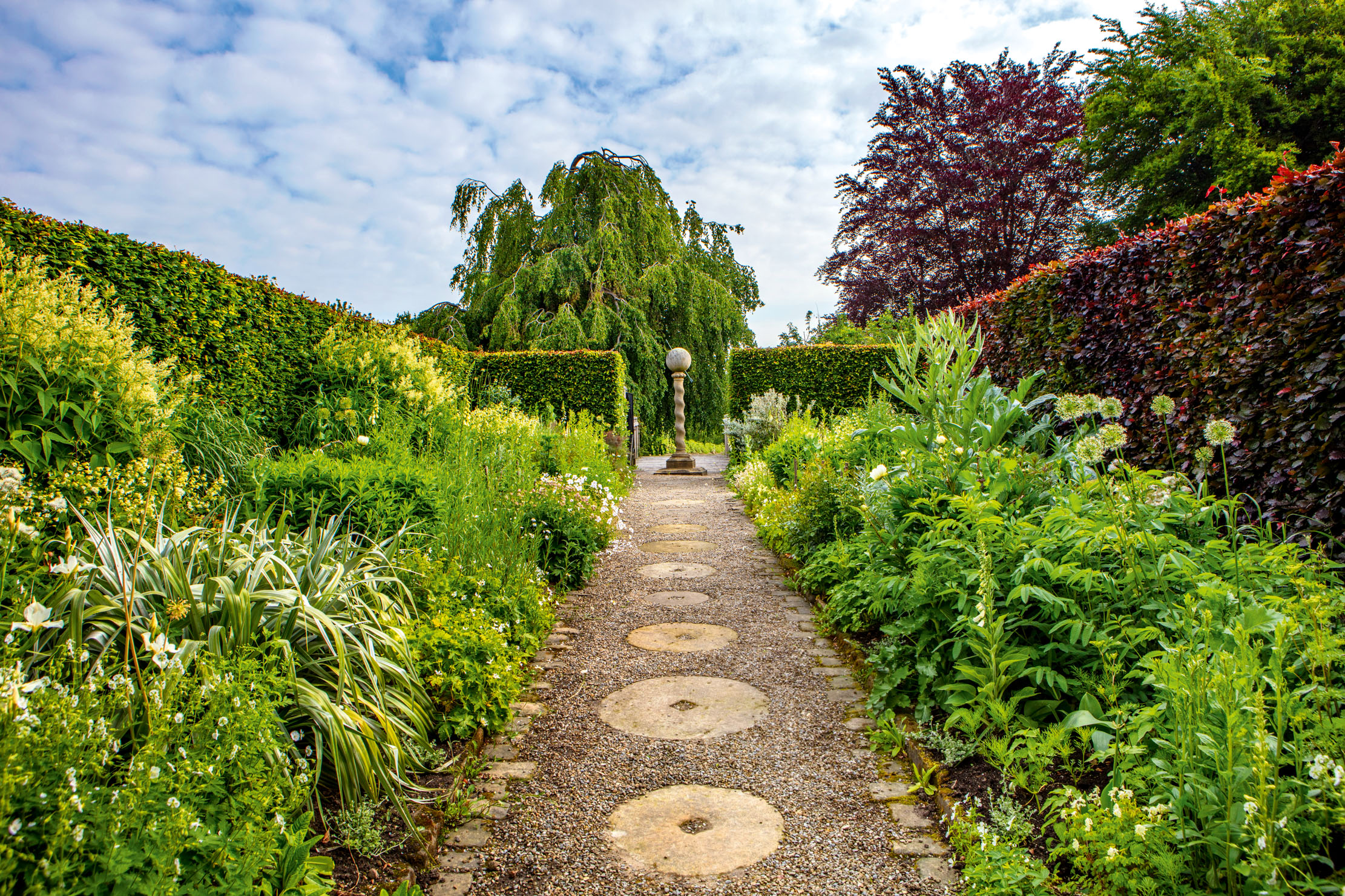 Like any good garden, York Gate does not stay still and has been expanding in both acreage and influence. About four years ago, the charity was lucky enough to recruit Ben Preston as the new head gardener. He had been working as a vegetable gardener at Audley End near Saffron Walden in Essex until chance took him to a course at Great Dixter, East Sussex, where, over a weekend, his gardening life and philosophy changed forever.

Since his arrival at York Gate, his energy has whisked everybody off their feet. He has built a tight-knit team, which is augmented by 150 volunteers. He describes it as ‘like having 80 aunties’ — which contributes to the warm, family feeling that is instantly perceptible to every visitor. Most importantly, there is a two-year apprenticeship team, as Perennial has widened its aims to include the training of new gardeners, as well as helping gardeners in trouble.

‘It is really important,’ says Mr Preston, ‘that we take every opportunity to try and show people that gardening is such a worthwhile and satisfying career. It is our intention to send skilled, enthusiastic and properly paid horticulturists out into the world. They will do amazing things in the future.’ 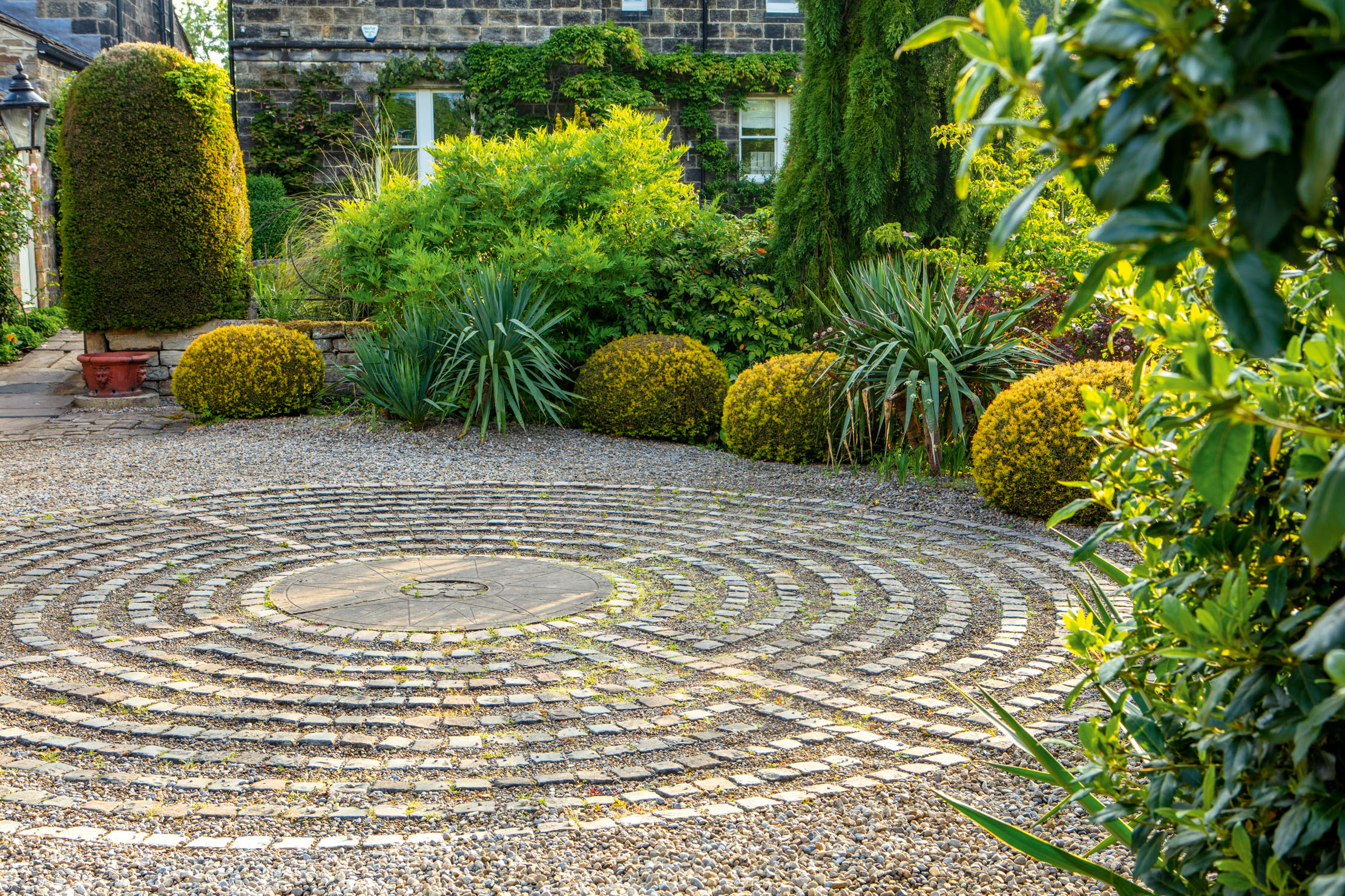 For him, the Spencer inheritance is sacred, so he preserves and reveres all the classic features of York Gate: the amazing espaliered cedar — ‘the best tree in the garden’ — the towering yews clipped into spinnakers, the gravel path with the granite sett diamonds (an idea I have plundered on more than one occasion) and the well-stocked vegetable garden. But he does not hesitate to add more layers to the planting — he and his team are all plant nerds who get whisked into raptures by a rare flower. You can hear the rising passion in his voice as he lists the multi-seamed planting in one section of one border.

‘Every bed needs to work its socks off,’ he proclaims. ‘Here we have amsonias, bistorts and primulas, but underneath are snowdrops, crocus and narcissus; waiting in the wings are ligularias, astilbes, aruncus, rodgersia and lobelias and over there…’ and this in only a couple of square yards. It is like listening to Ratty describe the picnic in The Wind in the Willows.

Perennial recently bought the adjoining field and cottage, adding a whole new section to the garden. There is a bustling cafe and a bulging plant centre (that Mr Preston calls ‘a sweet shop’) overlooking a new garden such as is seldom (if ever) seen in Yorkshire. There is a large, stone-lined circle — providing a space large enough to ‘comfortably accommodate a group of people for talks and tours’ — surrounded by a rock-strewn garden made of sand populated with cascades of species tulips (Tulipa clusiana and T. acuminata, in particular), Paeonia x smouthii, aeoniums and aloes.

More like the Almerian desert than northern England: this is very courageous and innovative horticulture. York Gate is a garden with many facets, all based on a strong underlying design, upon which are slathered truly exquisite plants. 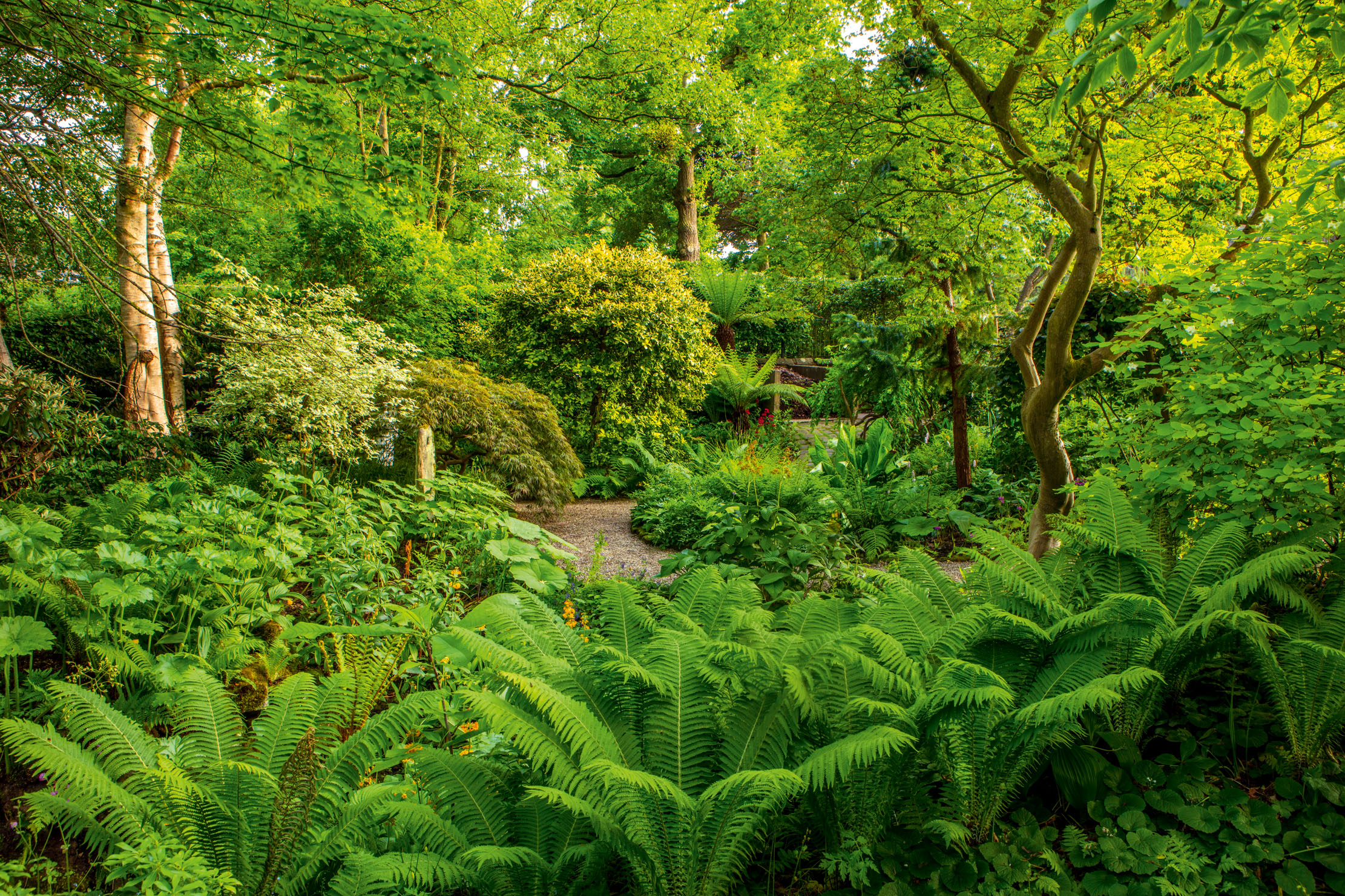 A final introduction is the nascent meadow — ‘an amazing place to be as the sun rises’. Paths have been mown through the longer grass, dividing the field into areas according to their fertility to encourage the camassias and increase the fritillaries in the damper parts. Orchids, pig nuts and yellow rattle have been sown across the site.

Every good garden needs to keep changing and this is yet another layer to York Gate. It will be Mr Preston’s legacy and one can only hope that, for the sake of Perennial, the garden and the community of locals and visitors, that the talented Mr Preston is not going anywhere in a hurry.

George Plumptre enjoys the grounds of a Tudor farmhouse that was the former home of Lord Baden-Powell. Photographs by Clive

The reimagined gardens at Nevill Holt, Leicestershire, have stepped into the limelight to offer a powerful overture to the summer

The Gardens at The Manor, Priors Marston, Warwickshire, photographed by Clive Nichols. Before Dragonfly could be launched, the lake had to be cleared of weeds and silt.
Credit: Clive Nichols

The inspiration for the garden of The Manor, Priors Marston, Warwickshire, was to create a landscape to meander through, with

In the depths of winter at Drummond Castle, near Crieff, Perthshire, the crisp outlines of the 11 miles of box

The terrace is planted with alliums ‘Purple Sensation’, ‘Globemaster’, ‘Violet Beauty’, A. giganteum and A. christophii. Photography by Clive Nichols
Credit: Clive Nichols